The Cryptocurrency Guide for New Miners 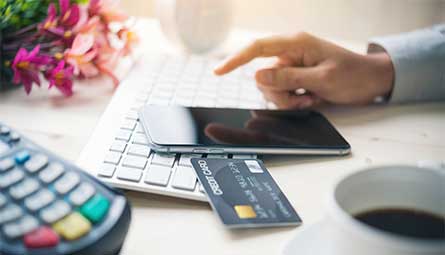 Cryptocurrency mining has become one of the most common activities among internet user across the globe. It is an activity that opened wide doors for the world as more and more people are engaging in the activity. It is the greatest outlet for money today.

In 2019, cryptocurrency mining will be celebrating its 10th birthday. The technology has witnessed massive growth since it was started in 2009. Bitcoin was the first coin to be mined, but more and better cryptos have come up with better technologies. What is apparent, however, bitcoin will continue to enjoy the market share since it has attained the most trustable level.

Several things make cryptocurrency a really attractive field. The first one is the technology involved, the investment opportunities they present. And there are quite some ways you can invest in Bitcoin and other cryptocurrencies.

The first and basic way is to buy and hold bitcoin. In this state, you buy the coin when the prices are low and wait until they are high before you can sell. The second method is trading against fiat and other cryptos. This is the most recommended method for many users. It takes place on several exchange platforms available today.

If you don’t want to go through all those troubles, you can invest your bitcoins in companies that trade them. Think of it like buying a share in a company, only that here bitcoin is the mode of currency. Working for bitcoin or Cryptocurrency Companies is another way you can make a living. Many companies need personnel, and if you get such an opportunity, you will still earn well.

All these methods are useful and they can earn you good money. However, there is one primary method that this article dwells on, bitcoin mining. This is the very first method through which bitcoin was made and the most rewarding one for that matter.

It is essential to understand everything involved with bitcoin mining before you can start mining. Before we look at anything else, let begin with the basic.

Cryptocurrency is simply digital currency. It is a decentralized form of money in which transactions are verified and added onto a public ledger. It is just money, only that this is money applied for online use. Bitcoin was the first of its kind, and it was started in 2009. As of today, there are more than 1500 altcoins on the market.

There is still a dispute among some entities and individuals about the future of cryptocurrencies. Some argue that it is just a fling or passing wind and it will not go far. They say there is no way money can be able to operate without being regulated by a third party.

As much as this may be true to some point, the future of cryptocurrencies is imminent. As a matter of fact, they are exiting the online platform and finding their way into the real world. More and more people and companies have started using them to buy and sell stuff.

What is blockchain technology?

Without a doubt, it is the most advanced form of the internet. It defines the level at which human brain can be stretched. The blockchain technology was developed by a person or a group of people whose identity is still unknown but goes by the pseudonym, Satoshi Nakamoto.

The blockchain is mostly known as the internet of the future. It enables distribution of digital information without necessarily being copied. It was initially created for the digital currency bitcoin, but developers are finding more uses for it. It is a digital ledger that cannot be corrupted, of economic transactions, to record financial transactions and anything else. If you know what a ledger is and you know it is used to store information, blockchain is the digital version.

What is cryptocurrency mining?

Now that you understand what cryptocurrency is and importantly what blockchain is, it is time to go back to mining. Cryptocurrency has become a world phenomenon with more and more people joining the community. But have you ever wondered how these digital currencies are made? If you want to invest in them, having basic knowledge about mining will place you at a better spot to get the most out of it.

We know regular money is produced through printing. But the production of cryptos is nothing near that. No centralized system authorizes the release of new notes. Instead, these coins are generated through a complicated process called mining.

Think of it the same manner in which gold is mined. By the use of special tools, gold is extracted from the ground. The only difference with bitcoin is that it does not exist in any physical form.

As stated above with blockchain, a decentralized register on which transactions are carried out. These transactions are assembled, and they form what is called blocks. The blocks are then verified to make sure they are legit, and there is no double spending. After the confirmation and verifying that the transaction was cleared and the input/output expenses are in order, the next block is added. This is the sequential process that creates the crypto coins.

One important thing to note is that cryptocurrencies don’t actually exist. What you see as the coins are just verified transactions which are in essence the evidence of the coins.

Certain requirements must be fulfilled, and a block cannot be successful until then. The block fast of all must be accompanied by cryptographic hash which is used to fulfill these requirements. The work of mining involves random guessing of complex numbers. You arrive at a matching hash by calculating as many hashes as possible till you get there.

A new block is formed only when the right hash is formed. At this point, the miner who solves the block the fastest announces his/ her finding to the rest of the blockchain. Immediately, the other miners stop working on it and move to the next.

What mining simply represents is a competition among miners to determine who solves as many hashes as possible. The problem is; the difficulty level keeps rising. When Bitcoin was first introduced, it was very easy to mine, and those who were the first to start mining made a huge fortune.

The reason for the difficulty level increasing is to ensure that the rate for creating new blocks remain the same. If this were not so, then there would be too much production and the value would go down significantly. Many of the cryptos have a definite number of coins that can ever be produced. For Bitcoin, for example, there will ever be only 21 billion of them in the world. After this number is achieved, the new mining block will not have any more coins to generate.

The requirements for mining bitcoin

There are a number of things you will require to have before you start mining.

Not everyone can have the patience to go through the mining process; you must have some form of conviction. This is a very tedious process, and there is no guarantee that you are going to get anything out of it at the end of the day. For this reason, you need to be aware of what you are getting into.

Before you start, do some research and determine whether or not the process is really worth your time and money. It is advisable that you use profitability calculators to come up with the most probable cause.

When mining started, it was quite easy to mine. With a simple CPU, you could make a lot of difference in your life. However, the level of difficulty has increased over the years, and it is no longer possible to mine with such hardware.

For a beginner, the GPUs have been working pretty well, but even those are becoming more and more unreliable. For this reason, there is special hardware explicitly created for crypto mining called ASIC.

There are many different sizes and shapes of mining rigs. You may have to spend over $1000 to establish a mining rig that is most profitable.

Whatever mining rig you chose to use, they all have three things in common that you need to be concerned about.

First the graphics card; makes sure you have acquired the best in the market because they are the one that actually generates coins. They are the essential parts of your system.

Secondly, the power supply: mining rigs consume a lot of power. You will need an adequate, reliable power supply to run them. You may need up to 1000w+ if you have many graphics cards.

Thirdly, motherboard: the motherboard you acquire will have an impact on your experience. But it is as easy as checking out the places for your video cards. The best motherboard should have at least three slots.

There are three main hardware categories on the market.

Now that your hardware is in place, it is time to move to the next level. You will need the perfect software to enable you to mine effectively. The mining software is not something hard actually; these are simply programs that run on your computer to connect you to the crypto world. They include the digital wallets and the mining platform.

Most platforms have software for different operating systems. If not, you will want to find one that is compatible with your system.

This may not seem like much requirement for many but is in fact very important. You need to calculate the chance of you making anything out of your investment before you engage.

There are several profitability calculators on the market. They help you with different solutions: You can use them for parameters such as the equipment cost, hash rate, power consumption and the current price. Then check and see how long it will take you to get back your investment.

As days go by, the level of mining any cryptocurrency keep increasing and the chances of profiting decreasing. There are many miners in the community which makes the task even harder. Solo mining could be more profitable as you will get the rewards alone. However, it is impossible to mine a single bitcoin on your own. It is, therefore, more advisable to pool your resources with other miners and share the rewards.